The study, supported by the European Union, is the first step in an ambitious project to create an efficient, competitive energy sector that helps to serve Africa’s vast non-connected population

The African Union Development Agency (AUDA-NEPAD) and the African Development Bank have released recommendations of a baseline study that looked into the development of a continental energy grid and market.

The study, supported by the European Union, is the first step in an ambitious project to create an efficient, competitive energy sector that helps to serve Africa’s vast non-connected population, which is key to the continent’s economic prospects. The recommendations were discussed at a roundtable meeting between the partners organized by the African Development Bank on Wednesday 28 October.

African Energy Ministers directed AUDA-NEPAD to promote a continental transmission masterplan during the AU Specialized Technical Committee meeting on Infrastructure (Transport, Energy and Tourism) held in Nouakchott and Cairo in 2018 and 2019, respectively.

“This will be a game changer, since, in the long term, a continental transmission network will allow energy trade within Africa, as well as off the continent, with Europe and Asia through existing links,” said Dr Ibrahim Mayaki, CEO of the African Union Development Agency-NEPAD.

The baseline study constitutes the first of two phases of the masterplan. The next phase entails the development of the plan itself.

The European Union (EU) agreed to support Phase 1 under its EU Technical Assistance Facility (EU TAF) for sustainable energy, under the scope of the African Union- European Union partnership for the harmonization of African Single Electricity Market Regulatory Framework.

The baseline study goals included: a review of the existing masterplans developed by each of the five regional power pools in Africa and to identify power generation capacity and power demand up to 2063 and to develop the Terms of Reference for Phase 2.

“Our continent has a vision to develop a single electricity grid that will guarantee secure, reliable, affordable and sustainable electricity supplies to enhance the economic prospects of the continent, especially for our children. This can only be realized with a well-coordinated, widely accepted and highly articulated masterplan,” said Cheikh Bedda, Director Energy, at the African Union Commission.

The recommendations of the baseline study include: establishing a permanent unit to develop the masterplan in order to produce a skills transfer within AUDA-NEPAD and the five regional power pools, and aligning the plan with existing infrastructure projects, such as those identified under the Program for Infrastructure Development in Africa (PIDA), a joint initiative of the African Union Commission, AUDA-NEPAD and the African Development Bank.

The next steps are to develop the terms of reference for phase two and to discuss how the masterplan will be funded.

“The continental masterplan will provide a holistic roadmap to connect countries to each other within a single regional power pool and to connect the power pools into a single electricity market, promoting energy access and regional integration,” said Kevin Kariuki, Vice President for Power, Energy, Climate & Green Growth at the African Development Bank Group.

Over 640 million Africans have no access to energy, corresponding to an electricity access rate for African countries at just over 40 percent, the lowest in the world. Per capita consumption of energy in sub-Saharan Africa (excluding South Africa) is 180 kWh, compared to 13,000 kWh per capita in the United States and 6,500 kWh in Europe. 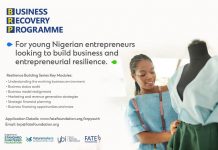 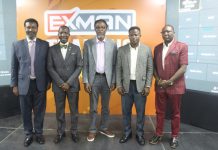 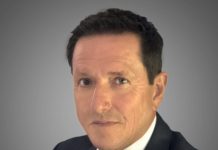