As the Lagos State Government concludes plans to hold the 2022 Ehingbeti Summit, the State Governor, Mr. Babajide Olusola Sanwo-Olu has restated his administration’s commitment to the full implementation of the summit’s resolutions as done in the past.

Speaking today through the Deputy Governor, Dr. Kadri Obafemi Hamzat at the Chartered Institute of Bankers (CIBN)/Lagos Economic Summit Group (LESG) Private-Public Partnership Pre-Ehingbeti Stakeholders’ Engagement on “Building a Sustainable Future for a Greater Lagos”, the Governor emphasised that the Ehingbeti Economic Summit has played a vital role in the development of the state.

He said: “The past summits gave birth to several initiatives such as Lagos State Employment Trust Fund, the Lagos State Security Trust Fund and most of the key infrastructure that dots the landscape of the state as well as pioneering initiatives that have profoundly elevated the status of Lagos as a functional mega city which underscore the quality of resolutions of past Summits”.

While noting that governance is not a one-man show because no government, irrespective of the quality of its officials can claim a monopoly of knowledge or idea, Sanwo-Olu stressed that Pre-Ehingbeti Stakeholders’ Engagement was organised to sensitise key stakeholders on the upcoming 2022 Ehingbeti Economic Summit and seek inputs on the proposed 30-year Lagos State Development Plan (2022 –2052) which will be formally presented at the Summit for deliberation and final adoption for implementation.

Earlier in his welcome remarks, the President/Chairman, Council of the Chartered Institute of Bankers of Nigeria (CIBN), Ken Opara emphasised that the event serves as a platform for engagement between the Government and members of the banking and finance community who are also critical stakeholders of the Greater Lagos agenda.

He added that the programme, which is a precursor to the Ehingbeti Summit, provides an opportunity for the State Government and private sector players to exchange ideas on the most efficient and effective way of accelerating growth and development in the State.

Opara said the state government, in recognition of the pivotal role played by the banking and finance industry sector in the development of the economy, decided to share its visions and plans with the institute, to harness insights and commitment of the banking sector to support the initiatives of the development agenda.

He, therefore, called on members of the banking community to support the initiatives of the state government by channeling resources to critical sectors toward the development of Lagos State into a major economy in Sub-Saharan Africa. 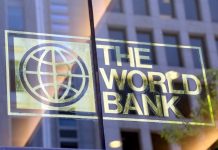 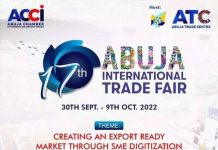 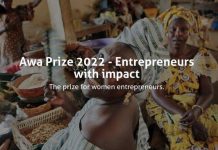