Home ICT Access to the internet must be recognised as a new human right... 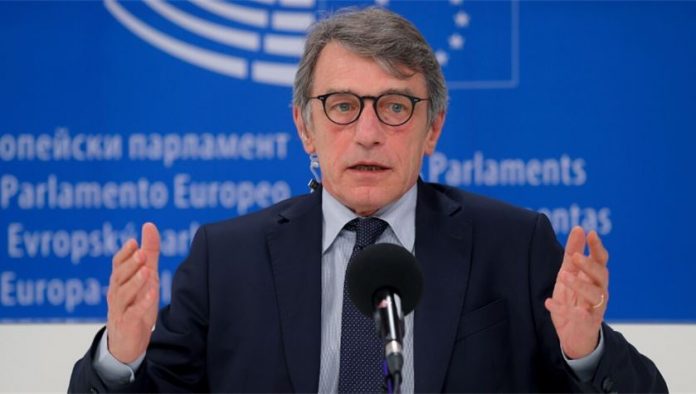 Extracts from the letter by European Parliament President David Sassoli responding to Romano Prodi on the importance of internet access for all. The letter was originally published in La Repubblica.

“More than ever in these months of lockdown, many millions of people in Europe and around the world have been forced to rely on an internet connection to work, study, buy food and communicate with their loved ones. At the same time, lack of access to the internet, for geographical, economic or social reasons, has proved to be a major cause of marginalisation.

“Throughout these long months, many children have been denied the fundamental right to education and knowledge for the mere fact of not having access to the internet. And that is not all. For many women and men, not being able to go online has deprived them of information and put their lives at risk.

“The internet as we know it is based on the radical and profoundly democratic principle of net neutrality. This principle states that every bit circulating on the internet must be treated in the same way, without distinction. Bits cannot be slowed down or prioritised according to the purchasing power of the sender or the recipient. At present, the European Union is the main global player which safeguards by law this fundamental principle of our time.

“But this is not enough. If it is not to be a source of inequality, access to the internet must be based on rules which guarantee fairness. As in the case of electricity or other essential services, lack of access to the internet – the so-called digital divide – has implications which go beyond its impact on employment, businesses and scientific, social and cultural development. Equally significant is the impact on people’s everyday lives, not least in terms of their personal well-being and happiness.

“COVID-19 has made something which was already clear glaringly obvious: digitalisation will not wait. The issue is not whether it will happen, but whether it will happen for everyone… It is misleading to make people believe that cannot enjoy fair and dignified access to what the digital world has to offer if they are not familiar with the technology behind it. This leads to injustice. We do not want to see users bombarded with apps until they become hooked or, exhausted, stop using these tools for good. The aim must be to guarantee transparency, and the availability of information, so that everyone can understand and take decisions for themselves.

“Access to the internet must be recognised as a new human right. The European Parliament is ready for this challenge.”

Call for Applications: Terra Academy for the Arts Training