CareerBox  has announced its African expansion with the opening of a branch in Nairobi, Kenya, as part of efforts to reduce unemployment using demand-led training in order to create sustainable service industry job opportunities and bring hope to youth and women in the East African powerhouse.

“One of our early ambitions was to expand our African footprint, and the growing demand for Business Process Outsourcing (BPO) in Kenya from international clients has helped us do just that. Despite this increased availability of various contact centre-related jobs, there are many youth and women in the country who have academic qualifications, but are not technically ready for the world of work,” says Lizelle Strydom, MD at CareerBox .

According to Strydom, this environment gave CareerBox the opportunity to showcase what they are best at by providing their industry-leading training programmes that better equip individuals to thrive in their roles and progress in their careers in the industry. The branch in Kenya has been set up in a way that reflects the environment that can be found in South Africa – not just aesthetically, but in terms of treating applicants with dignity, giving hope, and instilling confidence in them.

Signalling the demand in the Kenyan market, CareerBox’s initial request for 50 candidates was well-received, with the number of applicants for the organisation’s work readiness programme outstripping the requirement several fold, and the organisation had to bring teams in South Africa onboard in order to attend to all the applicants.

Strydom explains that there are differences in the Kenyan market; while there is high unemployment similar to what is being experienced in South Africa, the applicants have tended to be highly educated and holding graduate qualifications or even higher. This has been reflected in the evaluation of the candidates, with much higher pass marks being observed.

While the youth and women in Kenya might have superior qualifications partly because their education system is well established, there are still barriers to entry. CareerBox is looking to identify people with talent and potential, who if nurtured and given the opportunity can be very successful within their organisations,” says Strydom.

Promoting the adoption of impact sourcing

As part of its efforts, CareerBox is also looking to promote impact sourcing – a business practice where organisations look toward previously disadvantaged communities to identify and develop high potential talent, and then provide them job opportunities – in Kenya, and raising awareness about how it is becoming a requirement to doing business with a growing number of global companies and even government.

This includes highlighting the business benefits of this impact sourcing, including a comparable or lower cost to traditional recruitment methods, higher levels of employee motivation, lower attrition rates and fewer employee disputes. Beyond just having a positive impact on the employee, there is a multiplier effect, with these employees contributing to the socio-economic upliftment of their families and the communities that they come from.

“These organisations can leverage off the fact that we are developing workforces for the future, with a view to expanding their businesses. CareerBox has experience in working with customers from across multiple markets, including the USA, UK and Australian market, and can apply these learnings locally across multiple sectors, including tourism for example, and not just in contact centres,” says Strydom.

Strydom adds that CareerBox is also recruiting for a Head of Kenya, with a locally-based individual being able to better build relationship with other like-minded organisations in the services industry – be it in the BPO, retail or even hospitality – and expand the pool of organisations that have a requirement for demand-led training. By working with other organisations across sectors, Careerbox will be able to have a greater impact on sustainable job creation in the country.

“CareerBox has shown that you don’t need a degree or prior experience in order to get started in the contact centre industry. However, with many Kenyans having degrees, it makes it even better as they can make use of their qualifications to advance through their careers. The BPO sector not only removes these barriers to entry, but gives women and youth the opportunity to be in an environment that encourages them to excel and proudly be themselves,” says Strydom. 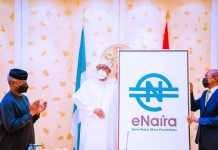 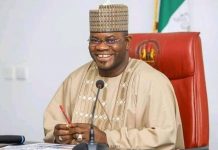 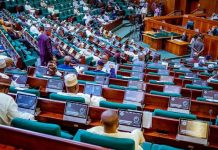