The Small and Medium Enterprises Development Agency of Nigeria (SMEDAN), says it will continue to create opportunities for MSMEs to penetrate local and global markets.

The Director-General of SMEDAN, Olawale Fasanya, said this at the beginning of the Micro, Small and Medium Scale Enterprises (MSMEs) Opportunity Fair 2022 in Benin on Wednesday.

According to Fasanya, one of the obstacles preventing MSMEs from growing and remaining competitive is a lack of access to the market.

“The idea of the Opportunity Fair is to impact MSMEs, It is a way to assist them to access market, technology, finance, networking, capacity building.

“If all these are put in place, it means their businesses will run better.”

He claimed the expo served as a one-stop shop to address the difficulties facing MSMEs because the various regulatory and business development organizations, as well as financial institutions, were present to offer support.

Gov. Godwin Obaseki of Edo, who also spoke, emphasized that MSMEs were the backbone of every economy because they continued to be the main employers of labor.

Obaseki said that the fair’s theme, “Expanding Market Access for Nigerian MSMEs,” supported the goals of his administration to work with the private sector to support entrepreneurship and skill development in the state.

“In Edo, we have been intentional in creating the right atmosphere for the development of small businesses, which have been anchored on the state skills development drive.”

The Governor was represented by Hon Afishetu Braimoh, the Commissioner for Industry, Trade and Cooperative in Edo. The Governor urged MSMEs owners attending the Fair to utilize the platform provided to display their products, services and innovation.

Speaking in his stead as Commissioner, Braimoh said the state had initiated a project tagged “Farm to Table” where 20 made in Edo products would be promoted to the shelter of top shops in the state.

Braimoh noted that the Fair would help MSMEs address the challenges of lack of market information, access to market as well as harnessing of export potential.

Represented by Mrs Evelyn Imode, the Director, Trade and Promotion in the ministry, the Commissioner said, “this exhibition is a clarion call on all Edo people to improve their patronage of goods and services made in the state.”

“MSMEs activities in the state range from processing to production of consumer goods, from supply of input to the real estate, distribution, and creative industries, among others.”

Mrs. Betsy Obaseki, the Governor of Edo’s wife, who gave the opening remarks at the Fair, praised the sponsors and organizers for giving MSMEs a chance to expand their enterprises.

Obaseki said that the Production Hub in the state had given businesses a place to benefit from low cost of production and claimed that the Edo administration was passionate about the development and sustainability of MSMES. 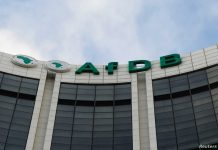 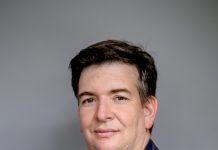 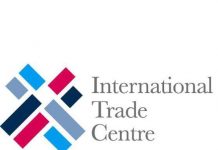