Speaking at the inauguration of a 12KWP Volsus Solar For Health (VSFH) Mini-grid with 58KWH battery bank, and the Sustainable Energy Africa magazine by Volsus Energy Limited, Minister of State for Power, Goddy Jeddy-Agba, said government is banking on using part of a N2.3 trillion fund for Economic Sustainability Plan (ESP) to power rural dwellers.

Stating that private investors need not battle with energy theft and meter bypass challenges, the Minister quoted recent surveys across some rural communities, noting that rural dwellers were more likely to pay their electricity bills without complaining than those in urban centres.

“The Federal Government is giving more attention to rural electrification in the country because of the need to empower those who live in villages, and ensure that their small-scale businesses thrive.

“This Government is promoting a holistic development agenda, and will continue to provide power for under-served communities in Nigeria because this will encourage people who live outside the towns and cities to engage in small businesses and preserve farm produce by processing them,” he noted.

Jeddy-Agba opinioned that businesses would grow up if the rural dwellers have light, adding that the government has set up a committee to restructure the Federal Ministry of Power and provide in-depth oversight for its agencies.

“This is to ensure that we step up our game towards delivering on our mandate of providing improved and sustainable power supply to Nigerians, especially the un-served and underserved communities. This is because if you grow these communities, then businesses would spring up, the health sector will perform better, and you know what the result is – improved living conditions.”

In the face of an unreliable national grid, he said the administration would focus on a mini grid, as regulated by the Nigerian Electricity Regulatory Commission (NERC). Jeddy-Agba said: “For instance, through the Rural Electrification Agency (REA), several mini-grid projects have been commissioned and more are underway. Through mini-grids projects, REA aims to provide clean, safe, reliable and affordable electricity to 300,000 homes and 30,000 local businesses.”

The Managing Director, Volsus Energy, Tomiwa Bayo Ojo, noted that while the government is investing heavily in ensuring more access to electricity, private investors can support the drive by playing a critical role to complement this effort.

“In the renewable energy subsector of the power sector, there is little or no presence of independent investment that is heralded by the private sector to promote solar and other renewable energy penetration across Nigeria,” he stated. Ojo said the move would ensure attainment of Goal 7 of the Sustainable Development Goals (SDGs) towards creating ripple effects on the living condition of millions of Nigerians, who seek access to health facilities.

According to him, the organisation is committed to providing access to sustainable and uninterrupted electricity by deploying state-of-art solar power facilities across Primary Healthcare Centres (PHCs) nationwide.

With independent surveys showing that sub-Saharan Africa including Nigeria has abundant sunshine, and the Federal Capital Territory (FCT) having nearly 365 days of sunshine all year round, he urged the government to take advantage of such resources in powering communities.

Ojo also called for collaborations from development partners and critical stakeholders in the power sector to support the realisation Goal seven of being access to electricity for all. 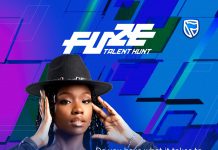 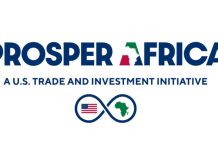 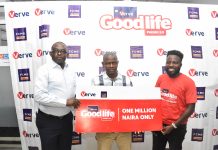