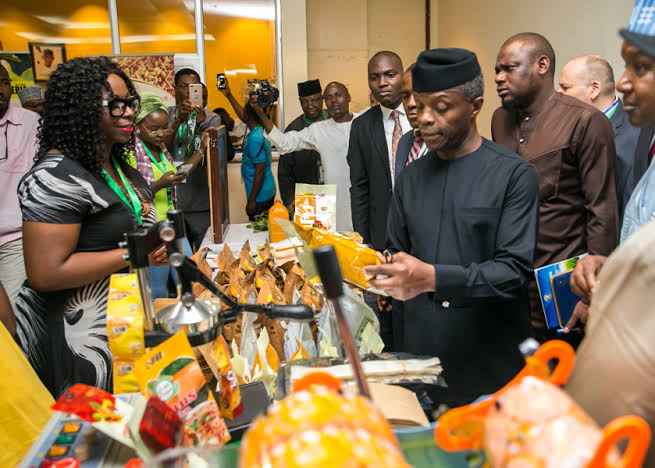 Small Medium Scale Enterprises (SMEs) have asked the federal government to intervene in the areas of tax holidays and regulatory forbearance as Nigerian businesses continue to bear the heat of the persistent rise in the price of Automotive Gas Oil (AGO) also known as diesel, and its negative impact on cost of operations.

This, they said, was highly important following implementation of the Ease of Doing Business policy (Executive Order) of the federal government.

SMEs have called for improvement in tax regime, regulatory forbearance, backward integration, among others.

According to the SMEs, the growth of the SMEs sector was necessary to propel company expansion, the creation of jobs, and the reduction of poverty in the nation.

A large portion of Nigeria’s industrial and commercial activities are powered by diesel, whose price has been steadily rising. This has had an impact on a range of businesses, from large manufacturing companies to small businesses.

Diesel has a stronghold on Africa’s greatest economy, from the enormous diesel generating plants that power Nigeria’s industrial machinery to the trucks used for long-distance hauling of both industrial and finished goods to the little equipment utilized by small-scale businesses.

As the country struggles with the plague of rising diesel prices, this has put the economy under unprecedented strain, endangering its capacity to create products and services. Diesel’s price increased from N300 at the start of the year to over N800 per litre, making it unaffordable for producers.

In response, Dr. Femi Egbesola, national president of the Association of Small Business Owners of Nigeria (ASBON), said that accessing the statistical growth of enterprises that are still operating in the nation is the greatest way to gauge the expansion of the ease of doing business executive order.

The MSMEs are closing their doors and folding as a result of the hard economic realities, he continued, which is problematic for the expansion of SMEs.

He asserted that these are indicators of conducting business and that the country’s economy is unstable since GDP growth is declining, inflation is high and persistently rising, and manufacturers cannot access the foreign exchange market.

Egbesola claimed that despite the presidential order’s influence being almost nonexistent, firms would expand as a result of the policy promoting ease of doing business.

He asserted that many taxes have further weakened the operations of the majority of enterprises and urged that the multiple tax system be addressed to allow operators to recover their investment.

While calling for improvements inthe registration and formalization of businesses by the regulated agencies, he noted that, with the ease of doing business, government registration and approvals should be easier than before, instead it’s becoming more difficult to get approval from the National Agency for Food and Drug Administration and Control (NAFDAC) and Corporate Affairs Commission (CAC).

Recall that on Saturday, the Manufacturers Association of Nigeria (MAN) urged the federal government to eliminate the value-added tax (VAT) on diesel as a quick incentive for a decrease in price.

The call was made by Segun Ajayi-Kadir, director-general of MAN, in a statement released on Saturday in Lagos.

The association also urged the federal government to prevent the complete shutdown of manufacturing operations, noting that businesses were being transformed into event venues and storage for imported items.

Meanwhile, the MSME funding, according to findings, will allow MSMEs drive the nation’s economy through creation of jobs, wealth and poverty alleviation.

Corroborating this, the experts, who spoke at the virtual FITC 2nd Quarterly Advisory Roundtable session, themed “Factoring: A game-changer for the growth of MSMEs and the Nigerian Financial Services Industry,” held recently, noted that, the MSMEs require the right attention from government and relevant stakeholders to have the right economic impacts.

He continued by saying that the main goal of the Nigerian Factoring Working Group (NFWG) was to provide every business in Nigeria with a chance to succeed.

“For many SMEs, receivables are a significant component of the balance sheet liquid assets and unfortunately, they often lie dormant. Receivables financing thus aims to unlock the real value of these receivables.” Mulroy stated.

The FCI Secretary General continued by mentioning that there are now 41 FCI members in Africa, compared to just 10 members ten years ago.

He believes it represents the expansion and acceptance of factoring as a source of SME financing in Africa.

Mulroy responded to the concept of factoring by defining it as the sale or assignment of receivables to a third party along with additional particular acts. He claimed that although factoring was still not widely known in Nigeria, its expanded use would significantly benefit MSMEs.

In order to facilitate capital movements, Peter Mulroy emphasized the need for regulation. In order to prevent surprises, he added that the regulatory structure must account for all pertinent tax concerns.

But he added that he was certain that there will be a growing market for factoring in Nigeria.

Mulroy also emphasized the importance of educating MSMEs about the benefits of factoring. In order to enable the financing of intangibles, he asked banks to shift their perspective away from risk acceptance. He asserts that in order to promote expansion, a formal Factoring Association is also required locally.

In her welcome address, the managing director/ CEO FITC, Chizor Malize, noted that the roundtable discussion was timely, given the benefits of factoring, especially in an economy like Nigeria.

“As a big supporter of SME’s, FITC remains committed to not only identifying key challenges faced by these important group, but also creating the platforms where solutions can arise. I am certain that significant outcomes will be reached to move factoring forward for the ultimate benefit of small and medium businesses and the long-term growth of the Nigerian economy” she said.

Yewande Soneye-Vaughan, deputy general manager of Access Bank Plc, acknowledged the difficulties Nigerian MSMEs had getting bank credit during the panel discussion at the event. She claims that even while MSMEs account for 48% of GDP and at least 94% of employment, they only receive about 0.3 percent of all credits granted in the nation.

Regarding factoring from the perspective of taxation, Nike James, Tax Partner at KPMG Professional Services, suggested that regulators collaborate with the accounting sector to establish the regulatory framework for factoring.

She claimed that doing so was essential to avoiding a similar circumstance that resulted from the Securities Lending Act for capital markets, which later required amendment through the Finance Act.

The legal and regulatory prerequisites, according to Lanre Bakare, managing director of Factoring & Supply Chain Finance Limited, are the most crucial ones for the factoring business in Nigeria to get off the ground. Due to the fact that MSMEs frequently are unable to meet the collateral demands made by banks, he emphasized how important it was for invoices to be recognized by law as an asset class.

The Collateral Registry Legislation, which designates Receivables as a Security, was passed in 2017, according to Lanre Bakare. For MSMEs, it makes receivables an acceptable asset promise, which should make doing business easier and offer credit protection. He added that laws allowing for the issuing of credit guarantees and credit insurance should be taken into consideration in order to permit securitization, as the business would struggle to expand in the absence of reliable counterparties.

A second panelist, Eric Monchu Intong, the regional chief operating officer of the African Export Import Bank (AFREXIM Bank), estimated that only about 40% of trade finance in Africa is currently financed by banks. He estimated the trade finance gap in Africa to be currently over $81 billion.

According to Intong, MSMEs are the most affected by these gaps because banks do not advance loan facilities to them. This is largely because of the risk acceptance standards implemented by financial institutions, which call for some sort of guarantee or collateral.

Intong further noted that many MSMEs lack the capacity to take advantage of existing opportunities and are unaware of other financing options like factoring.

Additionally, he brought out the necessity for regulators to make a distinction between banking and factoring because receivables are used as collateral in the former.

The panel discussion at the event concluded with a number of recommendations and conclusions, including the necessity for a strong regulatory framework and for MSMEs to be educated on how to benefit from factoring as a source of funding. Speaking of ease of doing business, economic stakeholders think that the executive order’s implementation has impacted SMEs’ ability to survive in order to revive the economy, increased GDP growth, facilitated Nigeria’s export trade investment, and boosted local and manufacturing industries in order to create jobs.

However, they think that intensifying these actions will result in a significant increase in their economic impacts.

Dr. Muda Yusuf, CEO of the Centre for the Promotion of Private Enterprise (CPPE), encouraged the government to avoid having a significant reliance on debt and suggested that the federal government rethink its approach to using debt to stimulate the economy.

Additionally, he urged that crude oil, Nigeria’s main source of income, be valued in naira rather than dollars.

Yusuf said that the regulatory environment, the necessary skill set, and the variety of taxes charged on enterprises in the nation are other issues that determine how easy it is to conduct business there.