The world is shifting rapidly into a low-carbon pathway. For example, Portugal is concentrating on producing hydrogen locally as it sees hydrogen as an opportunity to reduce dependence on its expensive energy imports. This offers an opportunity to African gas-producing countries such as Ghana, Angola and Nigeria to take advantage of this, else their resources become stranded. Also, the costs of both electrolysers and renewable power generation needed for green hydrogen are falling rapidly. Opening up a new world of low-cost, low-carbon abundant energy.

Furthermore, EU Green Deal could see it achieve climate neutrality by half of this century. This has been made possible by hydrogen with the most likely decarbonisation scenarios putting hydrogen and its derivative fuels taking up between 10% and 23% of final EU energy consumption in 2050. This is a threat and an opportunity for Africa. Yet Africa lacks a strategy for hydrogen utilization. The closest Africa has come to following on this effort is South Africa’s announcement that is making hydrogen a strategic part of its economic recovery plan.

It intends to develop new competitive industries in the global markets alongside other initiatives. The implication of this is that it could transform South Africa into a net exporter of clean energy and major earner of foreign currency. With the development of the hydrogen production sector, South Africa can meet its energy needs while gas-producing Africa countries can achieve clean energy and de-risked themselves from supply chain disruptions and currency devaluations.

It goes without saying that Africa’s huge renewable energy resources can finally help her achieve low-cost, low-carbon industrialization. We can as a result strategically fulfill our domestic supply of energy with the possibility to spur economic growth and positive ripple effect on the overall economy. Yet we can only accomplish this by investing in renewable energy generation and most critically have a well-developed hydrogen strategy.

Also, Africa will have to develop the backbone to deliver low cost hydrogen in spite of its abundant renewable energy; with robust hydrogen infrastructure, it can enable it play a bigger role in Africa’s and global energy mix. But this must be boosted by some flexibility for hydrogen to develop outside today’s regulatory sphere, as in certain risks represented by legislative frameworks and today’s internal energy market. With hydrogen as part of our energy mix, we will be able to create massive jobs, reduce emissions and provide Africa’s industrialization a shot at the arm for rapid growth and development.

Some minimum use cases for hydrogen as an energy source are powering of cell phone towers and addressing our urban power supplies. But we wouldn’t get more out of it without dependable, tech-neutral decarbonisation goals, with aligned incentives like sector-specific Special Economic Zones, tax credits, policy certainty; clear local content strategy and enticing offtaker agreements and clearly a well-designed large-scale infrastructure for refuelling stations will be crucial.

Notably, hydrogen as part of our energy mix opens up juice investment opportunities around off the grid, energy storage and other types of distributed power. As alluring as hydrogen is, it faces a critical challenge of high cost of transporting it; despite Africa’s abundance of solar power, its pricing may make it expensive thereby making alternatives attractive. Hydrogen has to be priced correctly by factoring in the social marginal costs of climate change. For us to achieve a wholesale market for hydrogen we have to ensure that the products are standardized; transport capacity is available for traders, while we should have sufficient volumes in order to get a liquid market.

Critically put, African governments have to embrace a broader thinking in exploring hydrogen’s energy potentials for jumpstarting low-carbon industrialization of its economies. It must value clean hydrogen and clean production processes while businesses and communities must prioritize low-carbon goods and materials throughout their supply chains. As we see the costs of green hydrogen fall down, it becomes paramount that Africa uses its low-cost hydrogen potential to build competitive industries based on clean production.

Finally, the future outlook for hydrogen hinges on strong narratives regarding its future driving forces. We have to fixate our eyes two key driving factors: the tightness of the global natural-gas market and the strictness of international climate policy. With both scenarios, we will have a flourishing green hydrogen market but for Africa with its abundant renewable energy resources, it is time for us to drive low-carbon industrialization and shape the narratives as a new energy world unwrap itself. 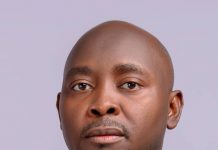 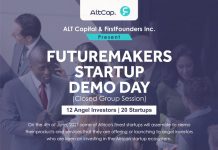 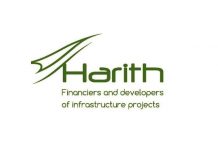 How Cyblis Is Creating Job Opportunities For Young Ladies

Social Media Platform for Africans by Africans set to be launched...