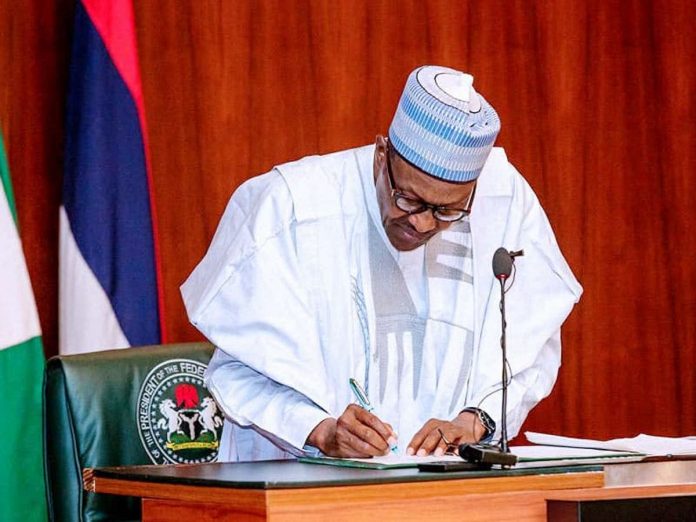 The Federal Executive Council, FEC, Wednesday approved the Nigeria Startup Bill to be sent to the National Assembly for legislation.

The Nigeria Startup Bill project is a joint initiative by Nigeria’s tech startup ecosystem and the Presidency to harness the potential of the country’s digital economy through co-created regulations. The Bill will ensure that Nigeria’s laws and regulations are friendly, clear, planned and work for the tech ecosystem. This, is believed, will contribute to the creation of an enabling environment for growth, attraction and protection of investment in tech startups.

The Minister of Communication and Digital Economy, Dr. Isa Pantami, made the diclosure this while briefing State House correspondents at the end of the virtual council meeting presided over by President Muhammadu Buhari at the Council Chamber, Presidential Villa, Abuja.

Dr. Pantami explained that the 11-chapter bill replaces the National Investment and Startup Policy. He said, with this development, his Ministry will work closely with the Attorney General of the Federation, AGF, and Minister of Justice, Abubakar Malami, to liaise with the National Assembly to convert the bill into law.

The Minister, who said the new bill if passed into law will create an enabling environment for Nigerian startups further said that the bill contains provisions that allow easy access to grants including a Startup Investment Safe Fund for young innovators who can apply for government sponsorship of their ideas.

Pantami also disclosed that there will be national hubs across the country where innovators can incubate their ideas with full intellectual property rights that protects them.

According to him, “The Federal Executive Council presided by His Excellency President Mohammadu Buhari approves two memos from my ministry. The first one is on the Nigeria Startup bill, which is an exciting news to our innovators all over the country. Particularly those working within the tech industry.

“The Federal Executive Council has approved the Nigeria Startup Bill and has also directed my humble self, the Minister of Communications and Digital Economy and also the Attorney General of the Federation and Minister of Justice to ensure that we immediately liaise with and transmit them to the National Assembly to begin their legislative process of converting it into a law.”

The minister also said the law will establish the National Council for Digital Innovation and Entrepreneurship which will be responsible for collaborating with various regulatory bodies to ensure the provision of support services and incentives to the Startups.

“This council is going to be chaired by his Excellency, Mr. President himself, and part of the council. He will be supported also by the Vice President. And I will also support both of them and many relevant ministers and government parastatals are part of the council.

“Furthermore, this addresses the startup labeling process where a startup is going to be labeled. And after that, there is eligibility for grant. If a startup is looking for government grant, there is a process to follow, which is very easy and at the end, government will be able to provide the grant.

“And also, there is a process of issuing the certificate of labeling for the startup.

“In addition to that, the bill also will establish Startup Investment Safe Fund, where there is going to be a dedicated fund to be provided by the federal government for our young innovators all over the country to apply for the startup investment…safe fund in order to begin their own company if they need that.

“Also, there is a chapter dedicated to regulators where they have been mandated to come up with initiatives of promoting developmental regulation because today many investors and young innovators consider regulators to be doing nothing but restricting the development of their startups.

“But this bill comes up with an initiative to provide what is called developmental regulation, where regulators must make the regulation very flexible to support our innovators all over the country.

“And also in the bill, there is a plan to establish national parks all over the country, national hubs, where innovators will go and incubate their ideas.

“So, there are many provisions where even if a startup founder doesn’t have one kobo, government will support him through seed fund.

“Government will provide an avenue or an environment for him to come and work on his startup. And also, government is willing to support him when he gets any international partnership.

“This startup bill is an outcome of a very long process between the office of the Chief Of Staff, Mr. President and the federal ministry of communications and digital economy, where we engaged stakeholders in each and every zone of the Federation.

“We brought together young innovators. We listened to their complaints to government and we articulated their complaints in this bill. So this bill has adopted what is called organic approach to legislation, where we begin with a bottom-up approach.

“The second one is for the procurement of four passenger lifts by the Nigerian Communications Commission for the headquarters office here in Maitama, Abuja. The Federal Executive Council has approved the replacement of the four passenger lifts in the headquarters office, looking at the situation of them in order to make the environment more conducive for staff to work effectively.”

He said it was emphasized that bridges across the country will be assessed and attained to.

Also briefing on the memos she presented before the council, the Minister of Finance, Budget and National Planning, Mrs. Zainab Ahmed said the first sought approval for the engagement of Africa Finance Corporation (AFC) as transaction advisors with third party consultants for the implementation of the Presidential Power Initiative (phase one).

She explained: “So, the AFC, the transaction advisors, their fee is $800,000 US dollars and the transaction period is 18 months and this includes their reimbursable expenses.

“The second component is the engagement of third party consultants and this includes local as well as international legal advisory firms, environmental and social impact assessment consultants, security consultants, insurance advisors, as well as tax and model auditor.

“These parties are collectively engaged in the sum of $1,116,312.45 US dollars. The objective of the PPI project is to modernize and upgrade power transmission and distribution infrastructure in Nigeria.

“The second approval that we got from Council today is still relating to the PPI power project and the memo was seeking the approval of Council for the award of contracts for the procurement of mobile equipment for the transmission power component of the project. So, 10 mobile equipment and 10 transformers in favour of Siemens AG.

“The total cost of the of the procurement is in the sum of 62,949,447 euros with a delivery period of 12 to 18 months, dependent on how we’re able to push because this equipment will be manufactured specifically for us. The focus is to be able to very quickly enhance the power availability and capacity in the country.

“With this particular approval, we’ll be able to expand from the current capacity of 5000 megawatts to 7000 megawatts.”