To achieve economic diversification in Africa, that can also benefit its development partners, external players must adjust their interface with the continent based on the creation of shared value and the promotion of measures beyond profit maximisation.

Antonio Pedro, Director of the Subregional Office for Central Africa of the United Nations Economic Commission for Africa (ECA) made the remark at the 2021 Africa at Scale Conference organised virtually by the Africa Foresight Group at the weekend on the overall theme of “Establishing Africa’s Place in the Global Economy.”

During a panel discussion captioned “How the right policies can drive the diversification of Africa’s economy,” Pedro said that economic diversification is a fundamental pathway to reducing the vulnerability of resource-dependent export countries in Africa, as it became evident in Central Africa when commodity prices plummeted in 2014.

Referring to the Douala Consensus on economic diversification, through resource-driven and trade-induced industrialisation, he argued that the African Continental Free Trade Agreement (AfCFTA), as the continent’s Marshal Plan, can strengthen the business fundamentals for Africa’s accelerated industrialisation and economic diversification. This would make the region a globally competitive investment destination.

The priority therefore should be on strengthening those fundamentals through evidence-based analysis, which he noted has been the main focus of the work of ECA in Central Africa.

With a projected market of 2.5 billion people in 2050 and its endowments in the critical resources for the transition to the net zero, Africa should be the hub for win-win global partnerships and investments for a greener future, he stated. This should enable the continent to go up the ladder in global value chains, in contrast to the situation prevailing currently where Africa supplies raw materials, he said.

He noted, for instance, that DRC produces 60% – 70% of the cobalt required for batteries essential for the deployment of solar and wind energy and to power electric vehicles but captures only a meagre 3% of the benefits of the value of the Battery and Electric Vehicle (BEV) value chain, projected to reach US$ 8.8 trillion by 2025.

“The conversations and the policies on economic diversification should be directed to breaking the current vicious cycle that locks Africa in the lower end of global value chains, and addressing the structural problems compounding economic activities on the continent”, he observed. This will be the objective of the forthcoming DRC-Africa Business Forum to be co-organised in Kinshasa from 8 to 9 November 2021 by the host country’s Government, ECA and her partners including the Africa Finance Corporation, the African Development Bank, the Arab Bank for Economic Development in Africa and Afreximbank.

In discussing industrial policy, he noted that setting up special economic zones (SEZs) can enable African countries to overcome binding constraints to being competitive in Africa.

The localisation, design and area of specialisation of such SEZs must hinge on business fundamentals established for instance through growth diagnostic studies, rigorous determination of what constitutes a national value propositions/comparative advantages rather than on mere political will or through government decrees.

He pointed out that some of the binding constraints to industrial productivity for such zones – such as a shortfall in electricity provision, overall logistical problems and the inadequacy of skilled labour, must be addressed in trying to set up SEZs.

Pedro pointed out that in line with ECA’s robust campaign on economic diversification, especially in Central Africa, some countries have recently reached important milestones in the area of SEZs.

The Gabon Special Economic Zone (GSEZ), also styled as “ARISE” is an example to flaunt. No more timber logs are allowed to leave the country as exports. Minimal to high levels of transformation must take place, before that happens, facilitated by the GSEZ.

A new approach to corporate social responsibility would also be necessary for an improved policy configuration to support economic diversification in Africa, Pedro advanced.

“Corporate social responsibility is important as it is considered a social licence to operate,” he said, adding that it was time to move CSR to another level of impact-creation.

“Multinational companies usually come with huge organisational and productive capabilities which need to be imparted into locals through capacity building, especially via national suppliers’ development programmes, as a vehicle for the emergence of competitive and job-creating small and medium-scale enterprises (SMES).

Beyond building schools and local clinics, this should be the new generation CSRs, with smart, targeted and well-negotiated local content policies at the centre of it, he advocated.

Africa as a hub for global green growth and investments, will require the recognition of the continent’s natural capital and its ecological services, which must be monetised and mainstreamed in the calculation of the wealth of its countries.

“This is part of our agenda for economic diversification in Central Africa. It will expand fiscal space in the region, facilitate the mobilisation of innovative financing, including through green and blue bonds.”

The 2021 Africa at Scale conference was the third in a series started in 2019 to review Africa’s investment and business landscape and propose ways in which it could be improved, while building the necessary partnerships to do so. 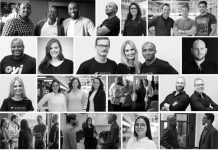 Vestergaard and Goodbye Malaria Partner with Mozambique’s Ministry of Health to...