The President of the Manufacturers Association of Nigeria (MAN), Mr. Mansur Ahmed, has called on African governments to muster the political will to implement policies and regulations that will curtail trade malpractices and prevent the implementation of the African Continental Free Trade Area (AfCFTA) from being sabotaged with the dumping of goods made outside Africa.

Ahmed, who was a guest on The Morning Show, a breakfast programme on ARISE NEWS Channel, the sister broadcast arm of THISDAY Newspapers, yesterday spoke on the benefits and implications of the AfCFTA agreement that came into effect on January 1.

He described AfCFTA as one of the most significant developments that has taken place on the continent since the dismantling of colonialism, saying that it has the capacity to redress the imbalance in global trade arrangements that has exploited African resources at the expense of the continent.

According to him, AfCFTA is intended to reverse this trend and build capacities that will enable African countries to trade among themselves and be equal partners in the international trading arrangements by boosting its industrial base.

He said: “AfCFTA will build Africans capacity to manufacture and change the narrative of African economy and give Africa a stronger voice and positioning in the global economy as we go on.

“I am confident that there will be tremendous opportunities for growth and development for each and every one if the countries that signed this agreement are willing to come together to make it a success. But this cannot come without challenges.

“Are we ready to do the things we have to do to address the possibilities of dumping? First of all, we can’t be 100 per cent ready. But I believe that the first thing, which is important is to recognise that we have to do certain things to create the capacity needed to engage in this kind of trade. “The dumping issue frankly is a matter of political will. Do our governments and political leaders have the political will to agree on those things that we have to do? For instance, to ensure that we do not allow dumping to take place. The regulations we put in place for imports are regulations that all the countries agreed on. But the difference is that while some countries will ensure that these regulations are complied with, others unfortunately will not do so.

“Let me take the issue of dumping for instance. The key issue is that if you have imports coming into your country, you have to make sure that they meet the qualities required under the agreement and are not brought into your country without compliance of necessary regulations such as customs duties. If we do this, we will create the environment whereby goods that are able to come in do not necessarily displace our manufacturing capacities.”

Ahmed, therefore, appealed to each country to support one another by complying with regulations so as not to unduly undermine the production capacities of the continent’s manufacturing sector.

“You will recall that the Nigeria’s government had to shut down borders to stop the dumping of rice and so on. The reason for that is that if our neighbours had agreed to comply with regulations in place, the ECOWAS Trade Liberalisation Scheme (ETLS) set up to prevent that kind of dumping, perhaps there will be no need to shut down our border.

“So, our political leaders must have the political will and determination to ensure that whatever regulations we put in place within our country and across the continent, are regulations that will work and are regulation that support our economic growth processes,” he added.

Ahmed noted that the challenges posed by poor infrastructural development in Africa will not be eliminated overnight but will be addressed gradually.

He said: “I believe that with consistent efforts, both within and outside our individual countries, we will in due time build the necessary infrastructures to support intra-African trade.

“For instance, our Nigerian ports are probably among the most uncompetitive maritime service providers in the world and I believe that we have the capacity to resolve those issues.

“But, we also must agree in all the regions to build these capacities in such a way that all of us can really benefit.” 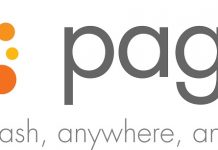 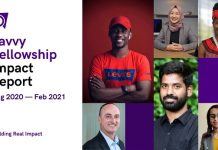 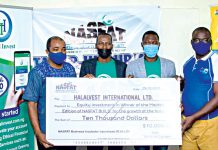