The President of the African Development Bank (AfDB), Dr. Akinwumi Adesina, has disclosed that the bank is partnering with relevant stakeholders, “to design a pan-African private equity fund for agriculture to be known as the Fund for Agricultural Finance in Africa (FAFINA).”

Adesina, said the FAFINA would help the AfDB to scale up its, “interventions to support small and medium sized food and agribusiness companies across Africa.”

He made this disclosure on Tuesday, when he presented the keynote address during a virtual ceremony to mark the 10th Anniversary of the Sahel Capital, which was started by and run by a dynamic couple: Mezuo and Ndidi Nwuneli and has mobilised $65.9 million for Nigeria’s first Private Equity Fund, FAFIN, dedicated to small and medium sized agribusinesses.

Adesina said: “Experiences from Sahel Capital on the FAFIN Fund will help as we now scale up interventions to support small and medium sized food and agribusiness companies across Africa.

“Following a very transparent, international and globally competitive bidding process, Sahel Capital was selected to manage the (FAFIN) Fund. We were impressed by Sahel Capital, but I insisted they had to open a special window for agriculture.

“I found in him (Mezuo) and Sahel Capital a passion, a drive and commitment to Nigeria’s agribusinesses and farmers. Today, Sahel Capital has raised more funds for FAFIN, and at final close it had raised $65.9 million. Sahel Capital is doing impressive investments through FAFIN.”

He noted that one of the Sahel Capital’s investments that impressed him the most was one that expanded dairy production in Kano State at the time the ShopRite supermarkets in Lagos imported their entire fresh dairy from South Africa.

“The tide turned. The L and Z in a short period of time now supplied a major share of the dairy milk in ShopRite supermarkets in Lagos. That is the power of a well-run Private Equity Fund such as Sahel Capital, using the funds from FAFIN.”

Adesina described the Sahel Capital as a product “of the power of vision, tenacity, diligence and ability to stay focused on delivering results.”

He added that the Sahel Capital was part of the success story of his effort to transform agriculture during his tenure as Nigeria’s Minister of Agriculture that made the NIRSAL became an instant success as “the share of agriculture in the overall lending portfolio of commercial banks rose from 0.5 per cent to five per cent in a short period of time. The default rate was at the time zero percent.”

NIRSAL, according to Adesina, is today a non-Bank financial institution and the only one in Africa fully dedicated to de-risking lending by banks into the agriculture sector.

Adesina said that agriculture is Africa’s number one comparative advantage and that transforming agriculture is the fastest way to create wealth and jobs in the continent.

“That is why I have committed the African Development Bank to invest $25 billion in agriculture.

“In Nigeria, the Bank is supporting Indorama Eleme Fertilizers and Chemicals with $210 million for the construction and operation of two urea fertilizer plants, with capacity of 2.8 million tons per annum.

“The Bank provided $300 million corporate loan to Dangote Industries, for the establishment of a crude oil refinery and a urea fertilizer plant with 2.8 million tons per year capacity. These investments will soon turn Nigeria from a net fertilizer importing country to a fertilizer exporting nation,” he said. 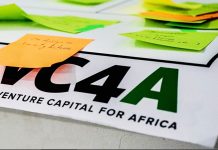 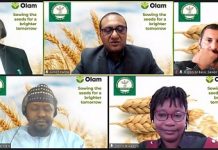 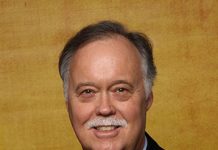 B2Gold steadfast in its commitment to African investment and sustainability