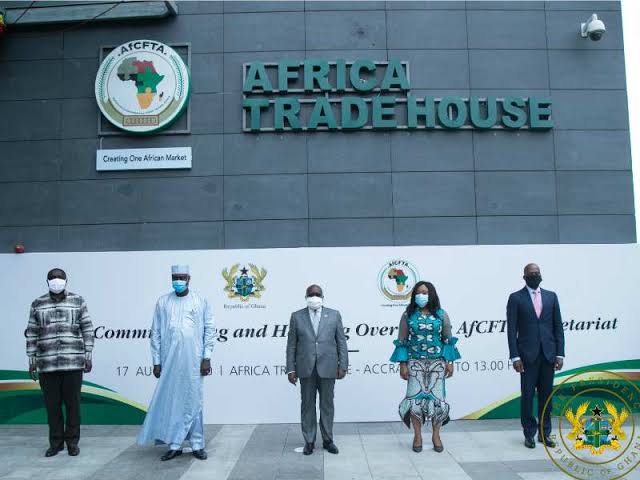 Seven countries have been chosen to begin trade in a pilot phase of the African Continental Free Trade Area (AfCFTA), including Rwanda, Cameroun, Egypt, Ghana, Kenya, Mauritius, and Tanzania.

According to the AfCFTA secretariat, the action aims to evaluate the environmental, legal, and trade policy foundation for intra-African trade.

On Monday in Accra, during the ninth meeting of the AfCFTA Council of Ministers, countries chosen to take part in the so-called AfCFTA Initiative on Guided Trade were announced.

They were selected from the 36 that had expressed interest in trading under the pilot phase. Each of the applicants had submitted its tariff schedule.

According to the AfCFTA modalities, 90 per cent of tariff offers fall under category A, which covers products that were liberalised in 2021. This will progressively be reduced over 10 years.

Seven per cent get liberalised over 15 years while three per cent of products are excluded from tax exemption.

According to the AfCFTA Secretariat, the initiative seeks to demonstrate that AfCFTA is functioning and send a political message to countries that are yet to submit their provisional schedules of tariff concessions in accordance with agreed modalities.

According to officials, the project would identify the businesses, goods, customs procedures, and logistics systems necessary to permit commerce under the AfCFTA.

Antoine Kajangwe, director general of trade and investment at the ministry of trade and industry, declared that starting in 2021, Rwanda will be able to access markets in west and central Africa at favourable prices.

“Over time, this will increase Rwanda’s intra-African exports, spur industrialisation through economies of scale, increase employment in productive jobs, and lead to the structural transformation of Rwanda’s economy,” he said.

There is a lot of potential for trade and investment in Western African countries including Ghana, Senegal, Nigeria, Chad, and Benin, according to Rwanda’s private sector.

The Economic Commission for Africa (ECA) recently unveiled a comprehensive tool that gauges how simple or difficult it is to conduct business across African countries.

It is anticipated that, once the free-trade framework is operational, the AfCFTA Country Business Index (ACBI) would evaluate the perceived impact of the continental trade area on the private sector’s capacity to trade and invest across African borders.