Ahead of the launch, President Ursula von der Leyen said: “The COVID-19 pandemic has shown how much our lives depend on digital technologies. With the Digital4Development Hub, Team Europe is building strong ties across the globe to make the digital revolution an opportunity for everyone.”

The “African Union-European Union D4D Hub”, the first operational regional component, will be launched during the High-Level Panel on the European Union–African Union Partnership on Digital Transformation. It will operate as a strategic tool to advance multi-stakeholder dialogue, joint partnerships and investments in the African digital economy.

“The European Union has decided to build back better by dedicating 20% of the EU’s recovery plan to the digital transition. Today’s announcement shows that we share this ambition for a better digital future after the pandemic also with our partners around the world”, said Thierry Breton, Commissioner for the Internal Market. “This will help close the global digital divide and grow the digital economies of Europe and Africa together.”

“The digital economy will be a key driver of inclusive sustainable development in Africa only if we bridge the digital divide, including the gender divide. The launch of the AU-EU Digital4Development Hub is a milestone in our partnership with the African Union to work towards this goal”, stated Jutta Urpilainen, Commissioner for International Partnerships.

Ahead of its official launch, the AU-EU D4D Hub has already been hard at work, supporting the deployment of the European digital response to COVID-19.

As part of the Team Europe global response to COVID-19, over €60 million of EU funds have been redirected towards immediate digital response measures to support partner countries to build longer term resilience of their socio-economic systems.

With 20% of the Next Generation EU Recovery Plan dedicated to the digital transition, in the framework of the next Multiannual Financial Framework, the EU will scale up its investments in digital partnerships with Africa.

Participants at the High-Level Panel on the European Union–African Union Partnership on Digital Transformation stressed the importance of safeguarding Africa’s digital and data sovereignty and welcomed the EU-AU Data Flagship as a game-changer for the development of the African data economy. The African-European Digital Innovation Bridge (AEDIB) is a key tool to connect the digital innovation ecosystems, strengthen the collaboration and foster exchanges between neighbouring continents.

The creation of the “African Union – European Union D4D Hub” will be based on the recommendations of the EU-AU Digital Economy Task Force Report. It includes already five EU Member States, EU industry and key African partners such as the African Union and Smart Africa.

The D4D Hub will launch a series of African-European multi-stakeholder initiatives, boosting the rollout of the African Union’s own Digital Transformation Strategy (https://bit.ly/2IuNAAu), which was adopted earlier this year. The EU-AU Data Flagship and the African-European Digital Innovation Bridge are among the first of the D4D initiatives.

The D4D Hub will also be the main channel to operationalise the Team Europe approach in digital transformation, positioning the EU with its human-centric digital economy model on the world’s digital map.

In this context, and under the patronage of the European Commission and of the German Ministry for Economic Cooperation and Development (BMZ), the Smart Development Hack launched in April 2020, gathered more than 1000 innovative digital solutions to help facing the emergency. The nine best ideas obtained financial and technical support to proceed to the implementation phase. 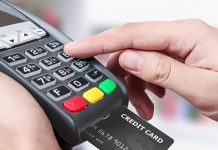 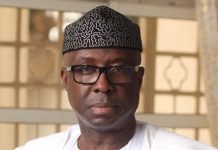 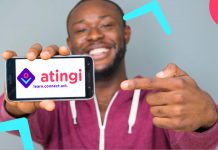