Nigerian fintech, Flutterwave has made the list of top Y Combinator companies by valuation and top exits as of January 2021. Flutterwave is ranked 115 out of 134 global tech companies featured on the shortlist.

American startup accelerator, Y Combinator estimates the 134 companies at a combined valuation of over $300 billion, with each company valued at more than $150 million. Over 60,000 jobs have been created in total by the companies, according to Y Combinator.

According to Crunchbase, Flutterwave’s valuation lies between $100 million to $500 million as of January 21, 2020.

In 2020, Flutterwave raised $35 million in a Series B round led by US venture capital firms, Greycroft and eVentures. The $35 million round was one of the top funding deals closed in the Nigerian tech space last year.From Bolt to Flutterwave, Here are the Top 5 Nigerian Tech Fund Raisers of 2020https://technext.ng/2020/12/28/from-bolt-to-flutterwave-here-are-the-top-5-nigerian-tech-fund-raisers-of-2020/embed/#?secret=FYWv7HrAOV

Headquartered in Lagos and San-Francisco, Flutterwave is the only Nigerian tech company to appear on the list, although Stripe-acquired Paystack is featured in the top 3.

Valued at up to $100 billion, U.S. rental online marketplace AirBnB is the highest ranked company on the list, followed by food delivery service, DoorDash and e-payments giant, Stripe.

Stripe is worth over $36 billion. Last year, the company acquired Nigerian e-payments service provider, Paystack for over $200 million, the largest ever startup exit in the Nigerian tech ecosystem.Stripe Acquires Paystack for $200M+, the Biggest Ever Startup Acquisition in Nigeriahttps://technext.ng/2020/10/15/stripe-acquires-paystack-for-200m-the-biggest-ever-startup-acquisition-in-nigeria/embed/#?secret=t4T57P0HwB

In 2016, Paystack became the first Nigerian startup to enter into the Y Combinator accelerator program. Since then, many other Nigerian startups have passed through the 3-month prestigious entrepreneurial program for founders.

As of 2019, Digest Africa reported that 13 of the 28 African startups to have participated in the Y Combinator program over the last 10 years were Nigerian companies.

Apart from Flutterwave and Paystack, other Y Combinator-trained Nigerian startups include Cowrywise, Helium Health, Bamboo, 54gene, Kudi, Releaf, Kobo360 and CredPal, among others.

Known for investing in early-stage startups for a 7% equity, YCombinator has funded up to 2,412 startups since 2014. 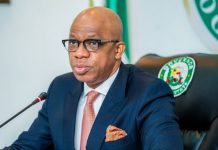 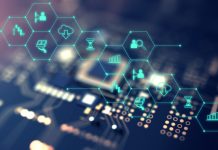 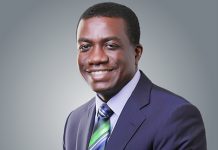