According to an online report by Housing Dynamics Market Africa, owning a decent house is still an unattainable goal today for many African households.

However, this challenge may soon be a thing of the past with the likes of retired Rear Admiral James Oluwole, whose vision to make housing affordable to Africans has begun to unfold here in Nigeria.

Oluwole’s startup story is one to stir hope for those who begin life in paid employment, but who dream of transiting to entrepreneurship.

One greatest fear of folks in paid employment till date is how to get themselves sustained financially, especially when retirement stares in reality.

Oluwole in his story has shown us that the odds of transiting can be braved despite the odds.

In 2017, he cut a path for himself in entrepreneurship by unearthing the huge opportunity in the construction industry.

Oluwole, who has been in the construction business about 3years, is the founder of Ipile Earth Synergy Construction Limited (IESCL).

Narrating how it all began; the Admiral says the idea of going into construction began to brew in 2014 while still serving in the Nigerian Navy.

“Ipile Earth Synergy Construction Ltd actually started officially in 2017 but I must say the idea was muted three years earlier while serving as a Rear Admiral and just appointed the Director Research and Development at the Naval headquarters.” He said.

According to him, one of the compelling challenges in the Nigerian Navy back then was the lack of accommodation for its personnel with a huge deficit in housing units that runs into thousands.

“This challenge got me thinking and prompted research into using different building materials that could provide a realistic and affordable cost of building houses for our personnel.  Shortly, I was able to find requisite answers in some highly professional officers and ratings working with me.” Oluwole said.

The entrepreneur whose background is electrical and electronics engineering (Communication major), says he had never imagined playing in the construction space as this was not his area of core competence.

“Interestingly, I became so passionate about construction in a bid to find a solution to the housing deficit  we were confronted with in the Navy.In the course of our research, we finally settled for what is referred to as  stabilized Compressed Earth Bricks (CEB) made from cement stabilized laterite soil, as the choice technology most suitable to address the challenge of building more cost effective houses.”

The construction expert, noted that the prototype of the houses was a huge success. It was graciously endorsed and soon turned into the over 300 housing units in naval formations at Kuje, Calabar and Lokoja today. He added that while basking in the euphoria of the successes recorded, he soon realized that his retirement was due but no thanks to providence, that prepared him for the life ahead through his work in the Navy.

He said , “Well, I found it most comfortable to go into construction using my knowledge of CEB technology. Consequently, I started buying machines and other equipment in keeps, and by the time I was retiring, I had purchased enough of them to start business without recourse to borrowing. Today, I look back and I thank God who in His kindness had prepared me for retirement by using two of my bosses, the immediate past, and present Chief of Naval Staff who believed in me and supported me to achieve great strides in the provision of decent accommodation in the Nigerian Navy and by extension birthing of my company which at the outset was not devoid of challenges that was most discouraging.

On how his company intends to reduce housing deficit in Nigeria, Oluwole said it is by offering qualitative budget fitting affordable houses by partnering with individual or relevant private/ public bodies. Our product reduces the building cost significantly.

On his workable advice to families that aspire to CEB home ownership, Oluwole said, “Build practical and functional homes, Avoid complex designs that would increase building cost, and then limit procrastination due to fluctuations of prices of building materials.”

No doubt, the construction brand has carved a niche as a provider of CEB buildings, CEB Consultancy Services, Landscaping and Property Management to numerous clients such as the Redeemed Christian Church God, Defence Intelligence College, the Nigerian Navy,  among others.

Explaining IESCL’s USP when compared with other brands, the construction expert says the unique selling proposition basically is the  cost friendly products,  appealing finishes as well as sustainable, eco-friendly housing.

It’s interesting to note that since inception, the organization has been contributing to the  economy through the provision of adequate, sustainable and  affordable housing, CEB machine training as well as job creation for many young unemployed youths.

Sharing his success secret, the Admiral noted that team work, discipline, focus, research and development, accountability and transparency at all cost has paved way for him till date.

Explaining the brand’s significant achievements since inception, he said “It was an exhillirating  experience for us participating in the 12th Abuja International Housing Show in 2017. It was a launching pad for our company. We had about 300 participants who visited our stand. It was quite thrilling for us a young company, barely 6 month old, standing close to great companies in the housing industry. Another significant achievement was when we were invited by the RCCG to take part along other companies to build prototypes of 1,2 and 3 bedrooms for its Staff housing scheme.” He added.

The entrepreneur did not fail to share some of his start-up challenges in the industry and  how he scaled through.

“Well, there’s no business or industry without its attending challenges. The most important thing is to face them headlong and come out tops. When we started, we were faced with lack of  skilled workers. But we scaled through this challenge by going  the extra mile to motivate the few skilled workers available by providing zero profit soft loans payable by 20-25% of their labour charges.  By so doing, they were able to pay back with ease. We also battled with access to finance.

It’s no news that financing business in Nigeria can be very challenging, given the extraneous bank interest. Equally challenging is the few opportunities available to the overwhelming number of businesses chasing them. To mitigate this challenge, we drew strength from partnership equity contributions. We also tried to be as prudent as possible by checking wastages and blocking as much negative outflow as much as possible.

The retired but not tired Admiral in concluding shared a word of encouragement   with entrepreneurs in Nigeria saying they should be ready to serve heartily, and put enough creative energy in  driving their passion, talent in a sustainable manner.

“Learn to adapt to the ever changing business environment by creating a sustainability plan . Be a researcher and developer, don’t allow your ideas to lie fallow, try it out, fail while doing so, learn and try again, soon you will achieve results that would provide optimal solutions.” He concluded. 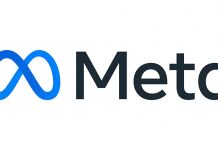 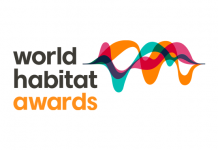 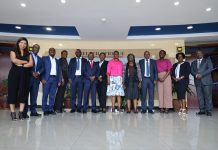 Shelter Afrique and Government of Cameroon to Establish a Housing Company