Land mapping and surveying is often overlooked, but much needed, in promoting development and stability in West Africa

Emerging technological breakthroughs in fields including artificial intelligence, the Internet of Things, nanotechnology and materials science are accelerating innovation and disrupting industries across the world. Indeed, the Fourth Industrial Revolution (4IR) is creating new ways of catering to societal needs and improving the speed, quality and cost of delivering value. From self-driving cars and automated flight systems to navigation equipment and drones, societies and industries are going through a time of unprecedented technological change.

The land mapping and surveying sector, which serves engineering, infrastructure development and environmental conservation projects, is one such industry that has been transformed in the early days of the 4IR.

Modern instruments such as drones and GPS devices are simplifying the land-mapping process while improving accuracy, scope, and speed. Accurately determining land size and measurements, as well as topographic heights, is key to ensuring proper bounding, calculations, titles, easements and wildlife crossings when planning and designing new infrastructure, in construction, and in environmental monitoring. Undertaking this process at the outset saves money and time that is in many cases later spent correcting non-adherence to land zoning, overlays, building guidelines, town plans, and other local provisions. Defined property rights also foster growth and stability, stimulate access to credit and investment and drive productivity and income.

However, in Africa, about 90% of rural land is not formally documented, making it vulnerable to land grabbing and expropriation. Weak property rights also result in communal clashes and targeted killings. Similarly, only 4% of African countries have mapped private land in capital cities. This means most of the land is susceptible to vested interests from leaders and the urban elite.

Samuel Larbi Darko, the CEO of Losamills Consult, a privately-owned land surveying and engineering company based in Accra, Ghana, recognised the potential for the integration of high-level technology in infrastructure development in West Africa many years ago. In an interview with AfricaLive.net, Mr Darko explains, “I had the vision of starting this company back in my school-going days. There were only a handful of entities of its kind in Ghana at the time, so I knew there would be demand.”

“Losamills carries out location analytics to help the country in all its land-related projects. We do this by helping the government locate where exactly projects can or should be implemented. Before any project starts, our land surveyors (geomatic engineers) are the first professionals on-site to determine the exact land boundaries of the project,” Mr Darko adds. He is a Fellow of the Ghana Institution of Surveyors, a Member of the Ghana Institution of Engineers, holds degrees in Geoinformation Studies and Law, and has over four decades of experience as a surveyor.

With over 200 surveyors stationed across Ghana, Losamills Consult serves the geospatial industry and specialises in land information systems, surveying (mining, hydrogeomatic, engineering, topographic, photogrammetry, and cadastral), cartography and digital mapping. Although innovations in land surveying have been relatively slow to trickle into the region, Mr Darko established global partnerships to leverage on technology available farther afield. “The importance of working with foreign players cannot be taken for granted. Ghana’s geospatial sector stands to benefit greatly from some of the aerial land survey systems I have seen abroad,” he says.

“I’ve worked with some companies along the way and leveraged their technology to make Losamills one the leading land survey companies in Ghana. We have a partner based in Switzerland that is helping to bring some useful technology to Africa, to help us mark and record land details using a satellite. It is a very powerful and versatile tool that Losamills can now distribute and sell to the region, as the sole representative. We also have a potential partner in the United States that specialises in drone technology. Although drones are not typically used for land mapping and surveying, we are trying to pivot into that area because the technology can be useful to our work.”

Land mapping is critical at all levels of national development, particularly in parts of Sub-Saharan Africa, where more rapid infrastructure development and industralisation are needed to unlock greater economic growth prospects.

Mr Darko explains, “Electricity companies need to model their assets and map their locations. If an electricity pole or service line is damaged in heavy rain, such information would enable the utility provider to determine the precise area and number of customers affected. With water, there have been situations where pipelines have been accidentally broken by contractors doing other work because they were not aware there were underground pipelines. Mapping is also important for utility companies to identify the exact location of their customers, otherwise they may not be able to serve them with bills, which could result in a loss of revenue. In the case of telecommunications, we suggest mapping masts and the buffer they cover to determine the density of the masts. Without this, the service provider would not have details of any gaps in service areas. With mining, our mapping services enable companies to know the extent of their concession and return to specific locations for excavation and volume calculation.”

In countries including Ghana, Nigeria, Liberia and Cote d’Ivoire, the continued prevalence of land-related conflicts in rural and peri-urban areas amid undocumented land ownership, unclear land boundaries, uncontrolled spatial expansion, and declining availability of public land reserves intermittently result in deadly clashes amongst competing groups. “Opportunities exist because we have some of the best arable lands in the world, but we must have a system in place that maps ownership accurately to deter conflict,” says Mr Darko.

He adds, “Our biggest challenge at the moment in Ghana is the determination of boundaries between land-owning groups. Frequent conflicts have led to increased land guarding, where people are positioned to guard land. It’s evident even in the courts where about 78 percent of cases involve land. Land conflicts deter investment because projects cannot be carried out on disputed land. The stalling of projects due to land boundary uncertainties is, therefore, a major threat. If we can have a cadastral survey of the whole country, then this can guide people when buying land, and our sector will see a huge improvement. We need a system that takes into consideration all clan, tribe and industrial lands so that buyers can search who the real owners are to make land transfer processes easy, prevent conflicts and promote peace,” says Mr Darko.

Speaking about Losamills’ previous work, Mr Darko says, “Ghana is an exciting market. We have been involved in projects such as land mapping for Ghana’s forestry service, the military, the World Bank, the West Africa Gas Pipeline Company (WAPCo), and so many others. Clients get the best from us. We are able to deliver in real time with state-of-the-art technology and instrumentation. Our tools are fast, efficient and more cost effective than traditional methods. We also have the personnel and transportation to undertake work all over West Africa.”

Stakeholders were concerned that WAPCo’s construction of burns for the laying of pipelines, which supply natural gas from Nigeria to Benin, Togo and Ghana, had caused damage to shorelines and morphologies. Losamills’ survey monitored the rate of accretion and erosion in the vicinity of the gas pipeline at Tema and Takoradi.

The World Bank sought to establish clear and enforceable land ownership rights as a means of revolutionising agricultural production, ending land grabbing and alleviating poverty. Losamills surveyed thousands of parcels of land and their features including roads, rivers and utility poles. They submitted cadastral plans that were used to issue land ownership certificates, useful in securing loans.

Ghana faces a long-term challenge from the twin pressures of a growing youth population and increased workplace automation brought about by 4IR. The country is faced with the challenge of creating 10 million new jobs in the coming years to avert mass youth unemployment and the risk of social unrest. Mr Darko believes both the private sector and government have significant roles to play.

“The government has to have the initiative and foresight that’s required to help build a strong local industrial base,” says Mr Darko.

“The government can only do this by giving local businesses a chance to try and fail until they get it right. We have to create room for local entrepreneurs to gain experience; otherwise, we won’t build a robust local economy. It’s not only about awarding tenders but also building expertise and confidence through training and funding.” 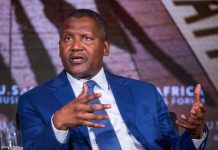 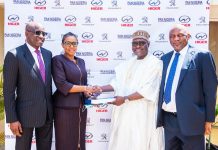 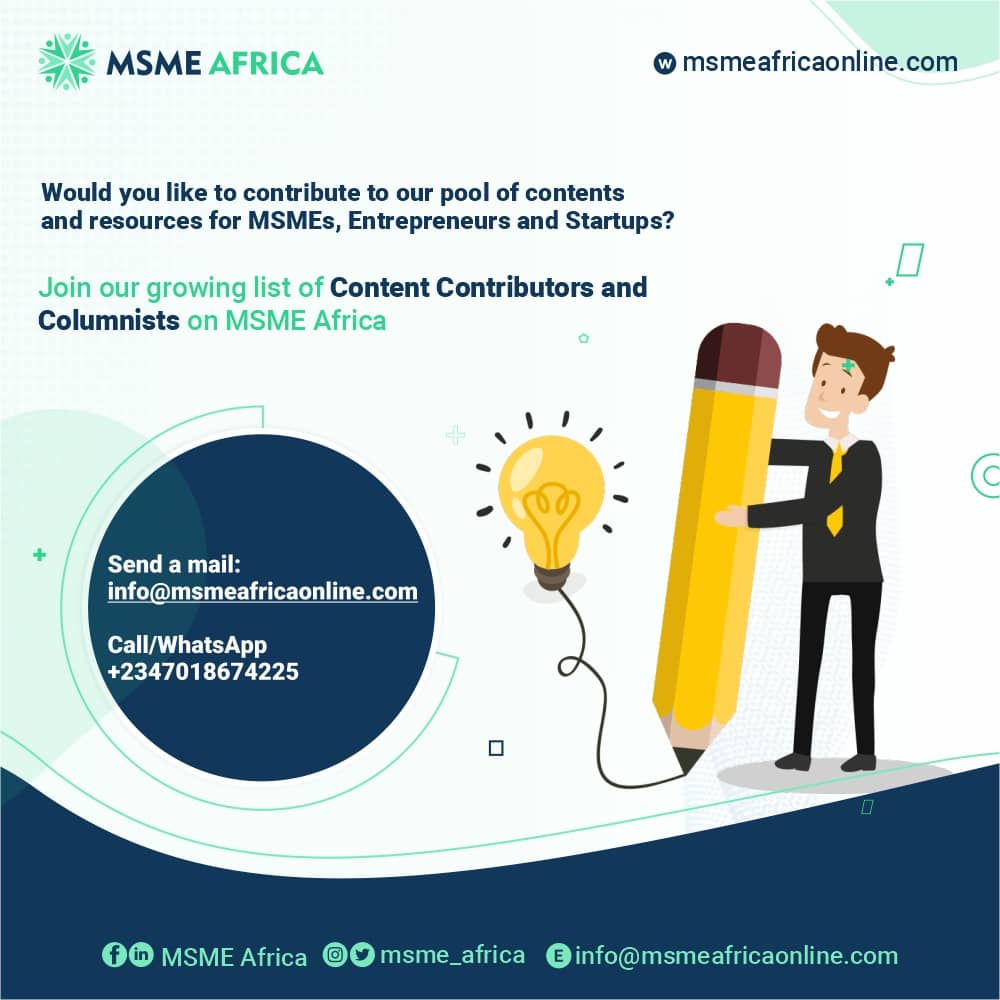 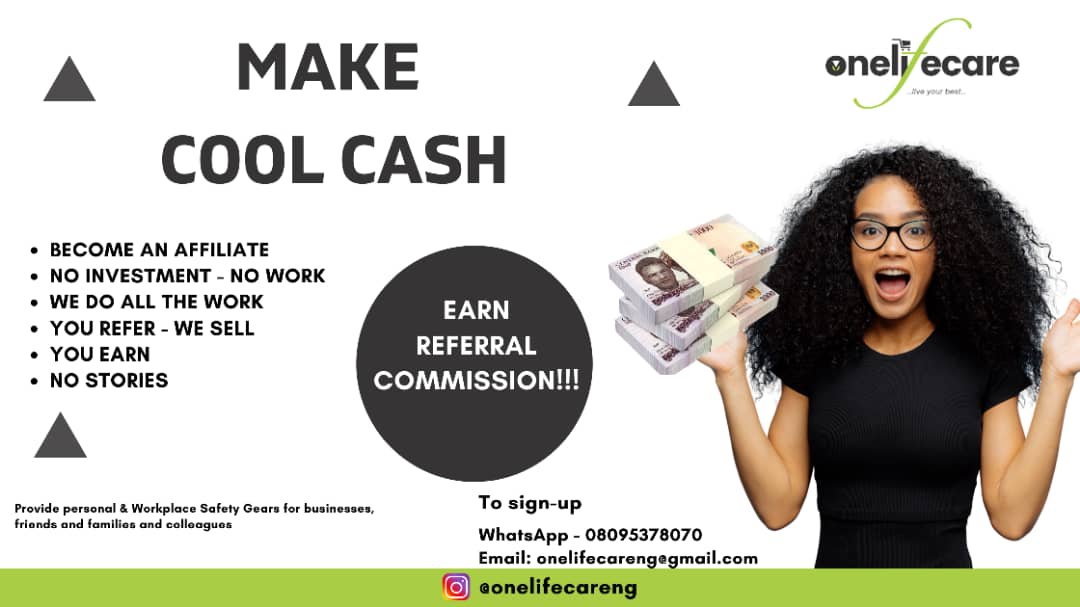 Credit Reports are Useful Beyond Transactions with Banks and other Financial...