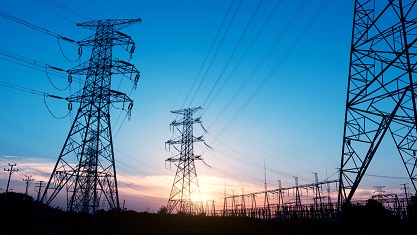 A Nigerian venture plans to raise 480 billion naira ($1.2 billion) over the next three years to buy electricity meters and help power distributors plug a revenue gap in Africa’s most populous nation.

Less than a 10th of Nigeria’s 41 million households have their electricity consumption metered, and half of those are faulty, according PricewaterhouseCoopers. As a result, distribution companies have to estimate bills, resulting in disputes that delay payments.

Meter Assets Finance and Management Co. hopes to end that by raising funds to purchase and supply meters to consumers, Onion Omonforma, the chief executive officer of New Hampshire Capital, said by phone from Lagos. New Hampshire Capital, FBNQuest and Kairos Investments Africa are helping to package and structure the venture, known as MAPCo, for investors to either buy equity or inject debt into the company.

“The electricity distribution firms will then have the money to go back and buy more meters and the cycle continues, paving the way to close the meter gap,” he said. MAPCo will collect the cost of the meters from consumers at a premium over the next 10 years. The meters will be handed over to the power-distribution companies once paid off.

MAPCo plans to issue a 100 billion naira bond in the next year, Omonforma said. Roadshows have been planned for the U.S. and Europe, and will also include local institutional investors.

The investment securities will be backed by the underlying pre-paid meters, which have a “stable and long useful life,” Ewaen Imohe, CEO of Kairos Investments Africa, said in a separate interview. This will appeal to investors with long-term horizons, he said.

Planning for a New Energy Order: How AI is Reversing the...