The National Assembly’s two houses have requested that the Central Bank of Nigeria (CBN) extend the window for accepting old Naira notes.

In separate resolutions on Tuesday, the House of Representatives and the Senate urged the CBN to extend the deadline until July 31.

Following a resolution of urgent public importance made in plenary by Sada Soli (APC, Katsina), the House decided to request the extension.

Mr. Soli, who proposed the resolution, claimed that banking and other financial organizations were finding it difficult to keep up with the public’s desire to exchange their old currency for new notes. He claimed that panic is being caused by the lack of new notes.

“Banks and POS outlets are struggling with the shortage of the redesigned new Naira notes ahead of the CBN deadline of January 31, 2023, consequently making it difficult for them to comply with the CBN directives as regards availability of the new notes for customers.

“Despite several concerns and appeals by the National Assembly, the Governors Forum, the Bank Customers Association of Nigeria, and a host of other stakeholders in the country for the CBN to extend the period for the currency swap of the new Naira notes as well as review of the cashless policy, the CBN has remained adamant on the given deadline,” he said.

He argued that the CBN should phase out the old currency over a longer length of time, such as a year, and that for the program to be successful, the public must support it.

The old notes are now being rejected by traders in Katsina State, he told his colleagues.

Ahmed Jaha (APC, Borno), who spoke in favor of the proposal, claimed that although the CBN has been working in Borno State to exchange the old notes for new ones, the efforts have not been sufficient to meet the deadline.

According to him, the majority of Borno State’s financial operations have been shut down as a result of Boko Haram terrorist’ actions.

“I just came back from my constituency yesterday, I want to use this opportunity to commend the CBN for taking certain steps to address this issue in my constituency. As I am talking to you, CBN staff have been in my constituency since yesterday. They went there with some amount to swap the little currency with people. It is a very good move but I also realised that the amount taken there is not enough to swap the available old currency.

“For the past 10 years, my constituency is (has been) operating without a single bank branch. People transact in cash,” Mr Jaha said.

In his intervention, the Speaker of the House, Femi Gbajabiamila, said the House needs to interface with the heads of commercial banks to understand the real situation on the ground.

“We can all agree that it is a good policy. There is a need to review the policy. I think we need to add another prayer because on one hand—this is the crux of the matter, the banks are saying they don’t have the money, on the other hand, CBN is saying, no, you have the money.

“We need to amend and invite the bank MDs, the major ones to brief the leadership or a very small ad hoc committee. Let us find out the truth whether these new notes are available. Is it the banks or the CBN,” he said.

Consequently, the House resolved to set up an ad hoc committee chaired by Alhassan Doguwa (APC, Kano), the majority leader, to interface with the banks on Wednesday and subsequently meet with the CBN.

The upper chamber has also called for the extension of the deadline following the adoption of a motion moved by Sodiq Umar (APC, Kwara), who argued that the policy is affecting the people negatively.

While the lawmakers were deliberating on the motion, the CBN Governor announced that the bank will not go back on the decision.

Mr Emefiele made the announcement on Tuesday after the Monetary Policy Committee meeting in Abuja. 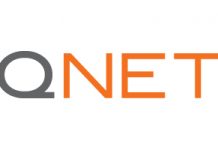 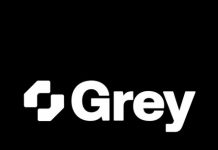 Grey Pledges to Continuously Raise the Bar for Service Excellence 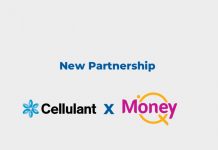