Neoma Africa Fund LLC will acquire up to 55.82 per cent majority equity stake in C & I Leasing Plc after the conversion of the Fund’s $10 million convertible loan stock into equities in C & I Leasing.

Shareholders of C & I Leasing are scheduled to meet early next month at an extraordinary general meeting to consider and pass resolutions authorising the board of directors of the company to proceed with the conversion of the loan stock to ordinary shares.

Under the arrangement, C & I Leasing will issue 987.5 million ordinary shares of 50 kobo each to Neoma Africa Fund LLC, formerly known as Aureos Africa Fund LLC, in exchange for its $10 million unsecured variable coupon redeemable convertible loan stock in registered units of N4.75 or the United States Dollars equivalent unit. C & I Leasing currently has outstanding shares of 781.65 million ordinary shares of 50 kobo each.

As part of the conditions, C & I Leasing shall not engage in any capital raising through the issuance of equity securities such as ordinary shares, preferred shares, bonds, loans, warrants, rights, options or other similar instruments or securities which are convertible into or exercisable or exchangeable for, or which carry a right to subscribe for or purchase ordinary or preferred shares of the company or any instrument or certificate representing a beneficial ownership interest in the ordinary shares of the company until the conversion is effected.

The above issuances include global depositary receipts and American depository receipts and any other security issued by the company, even if not convertible into ordinary shares, that derives its value and return based on the financial performance of the company or its shares whether through rights offerings, follow-on offerings or any other offering or transaction.

The meeting is expected to authorise the board of the company to issue and allot 987.5 million ordinary shares to Neoma Africa Fund LLC, its nominee, assignee or transferee as notified to the company in writing.

According to the proposal, directors of the company shall also be mandated to take all such steps and provide and execute all such documents, within its power, as may be required to facilitate the conversion, the allotment and the obtention of regulatory approvals required for the conversion and the allotment.

The company would use the net proceeds of the offer to bolster its working capital and increase leasing assets.

C & I Leasing had in January,  last year concluded a massive share reconstruction that saw cancellation of 1.479 billion ordinary shares of 50 kobo each, about 79 per cent of the company’s pre-consolidation issued share capital.

The company had stated that the purpose of the reconstruction was to allow the company to have enough unissued shares to accommodate the conversion of the $10 million loan stock to ordinary shares and to raise additional capital through the capital market for business expansion. 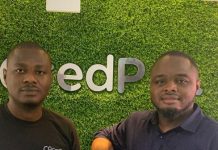 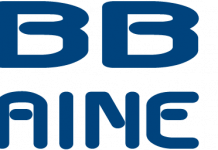 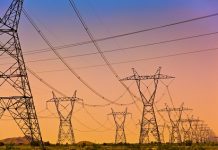