The Federal Government of Nigeria is seeking to collaborate with the World Bank, Google, and Space Exploration Technologies Corporation (Space X) in order to implement its National Digital Economy Policy and Strategy (NDEPS).

The Minister of Communications and Digital Economy, Prof. Isa Pantami, recently met with representatives from the World Bank, Space X, and Google Corporation in Hawthorne, California in order to build collaborations for the growth of Nigeria’s digital economy.

During the visit, both parties discussed how Space X could expand its presence in Nigeria, following their entry into the Nigerian market through the Starlink broadband service.

Pantami asked the Space X team to consider recruiting some of its engineers from Nigeria’s digital talent pool.

On the invitation of the World Bank Group, the minister also had a meeting with top officials of the global bank, including Vyjayanti Desai, the Practice Manager for the World Bank’s Identification for Development (ID4D) and Digitising Government to Person Payments (G2Px) Programmes.

The World Bank team praised Pantami for his visionary leadership, which had a major impact on the growth of Nigeria’s digital economy.

The discussion also covered how Nigeria and the Bank may work together to boost the ecosystem of the digital economy in areas including infrastructure, skill development, cybersecurity, and digital identity.

The minister also met with Karan Bhatia, vice president of government relations and public policy at Google. The minister received commendations from Mr. Bhatia for the notable advancements made in the economy’s digital transformation.

He also praised the minister for the Nigeria Startup Act, stating that it might act as a catalyst for the rapid growth of the African entrepreneurial ecosystem in Nigeria and elsewhere.

The Google Vice-President discussed the company’s growing focus on Africa and looks forward to expanding partnerships with Nigeria in areas such as skilling, cyber security, and cloud computing, among others.

The Federal Ministry of Communications and Digital Economy, under Pantami, reiterates his commitment to implementing NDEPS in order to ensure that Nigeria’s digital economy remains a leading light, both in Africa and across the globe.

The meetings were held on the sidelines of the US-Africa Leaders’ Forum (USALF), which took place in Washington DC, US, while the visit to Space X was a follow up to the events at the USALF. 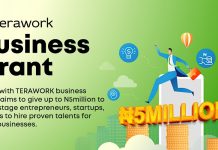 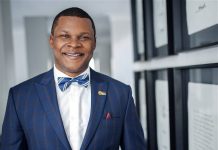 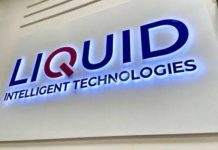