According to the recent 2020 Global Startup Ecosystem Report by Startup Genome, following the capital crunch caused by the COVID-19 pandemic In Africa, startups lost about 36% of their revenue. This is the second-highest percentage revenue drop by continent after Asia who lost 39%. Shockingly, 40% of companies who saw their revenue fall, dropped more than 40% or more of their revenue.

The report also reveals that about 56% of African startups are in danger of collapsing. , these startups have less than 3 months of operating capital left (Red Zone).

Following the significant drop in revenue caused by the pandemic, layoffs among startups became rampant as nearly two-thirds of startups globally cut staffs or working hours.

On the average, a typical startup with fulltime workers laid off about 33% of its workforce. The report highlighted that startups layoff increased by more than 5 times between March and May 2020.

Apart from the drop in revenue, startups have also found it difficult to raise funds. This has led to a capital crunch that has pushed 4 out of every 10 startups into the red zone. According to the report, global VC funding has dropped by 20% in the first 3 months of 2020, while total VC funding across continents has dropped dramatically.

The report further generalised that 4 out of every 10 startups in the world will collapse in the next 3 months if they do not raise additional capital and their revenues and expenses remain unchanged.

Highlighting the various effects the pandemic has had on startups, the ecosystem report shares a holistic view on how much has happened in the ecosystem pre and post-COVID and what could be done about it.

Although the sudden coronavirus outbreak significantly affected startups across the tech space, the global startup ecosystem is expected to remain large. This is because crises create opportunities for innovation, funding and growth of startups. For example, during the great recession, over 50 unicorns were created.

In 2013, tech unicorns became a phenomenon representing companies with the rare and nearly mythical quality of being worth over $1 billion in valuation. At that time only four ecosystems produced unicorns.

Fast forward 7 years, unicorns while still, special are no longer rare as more than 80 ecosystems have succeeded in creating at least one unicorn. In Africa, there are no certified unicorns yet but there is Jumia whose African-ness is disputed and Interswitch, whose latest funding from Visa brings its valuation close to a billion dollars (Unconfirmed).

The top five startup ecosystems in the world remain the same, with Silicon Valley maintaining the number 1 position. There was no African ecosystem listed in the Top 30 and Runners-up Global Startup Ecosystem Ranking. The next 100 ecosystems after the top ones, however, saw 4 African Startups – Cairo(51-60), Cape town (51-60), Lagos (61-70) and Nairobi (61-70). Lagos was the third in Africa having a cumulation of 13 points.

Looking at the factors considered, Lagos scored well in funding (7) and performance (4) but did badly in market reach and talent with just 1 point each.

As the COVID-19 crisis hit across the world, many startups found themselves losing revenues due to crash in demand. According to the report, about 72% of startups saw their revenue drop with the average startup experiencing a decline of about 32%.

In Summary, despite the COVID-19 crisis, the report shows that top startup ecosystems like New York and Silicon Valley remain high performing. Other ecosystems, especially in emerging countries like Nigeria, also have opportunities to grow as the crisis has accelerated the digitization of the offline economy.

The increased reliance on digital and tech products during this period will makes the tech economy more fundamental to the growth and recovery of the economy post-COVID. In the long term, it will also help the economy as 3x growth in the tech ecosystem could translate to about 5x more economic value. 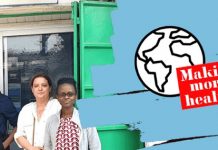 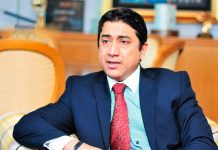 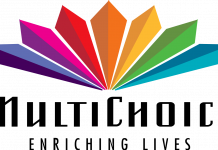